Rabbids Appisodes is an app which contains episodes  of TV series Rabbids Invasion. The distinctive feature is than there are several mini-games on each episode. Examples of mini-games are a Simon says type of game, a shoot out section launching eggs, screaming ‘BWAAAH!’ in the device’s microphone as loudly as possible…

I was in charge of the art direction of this game, including marketing assets (key art, promotional screens…). My main mission was to create a visual identity which matches with the TV serie, while remaining original. For it, I had : 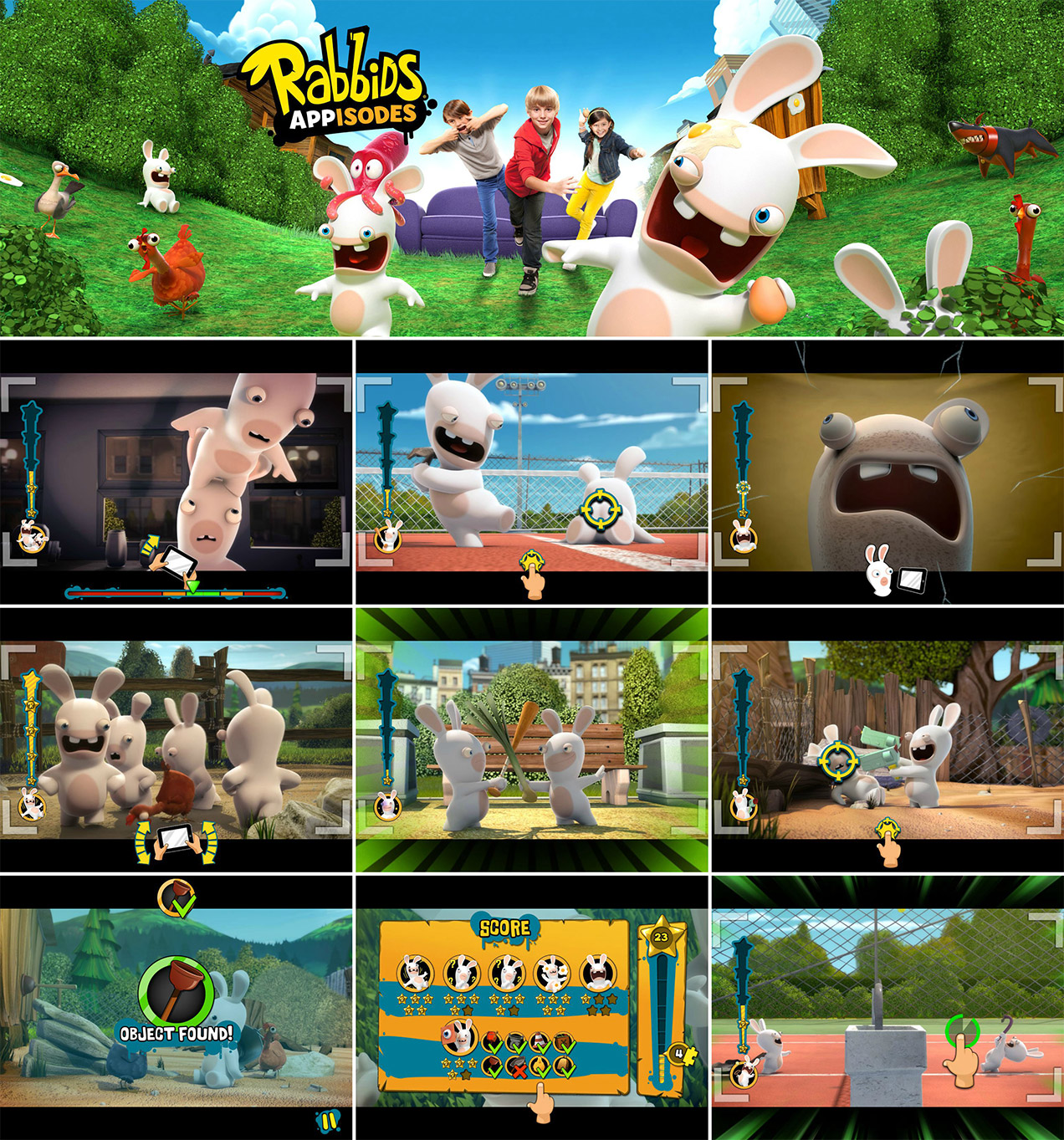 Furthermore I had to produce main assets for the visual id (logo, style guilde…).

I worked on app’s design with UI artist (conception of sreens, use 2D or 3D objects from TV serie…).

To finish, I made the “Ubisoft’s logo introduction” for the begining of the trailer below. I did all the 3D animation and the compositing, but not the rendering.